The libraries of tomorrow will look nothing like the libraries of yore. Nova Scotians have already stepped into this future with their beloved Halifax Central Library, a state-of-the-art building that has changed the lives of the city’s residents, and the face of the city itself.

“The vision from the library’s senior administration was that they wanted it to be iconic and world-leading in where libraries are going,” says George Cotaras, the library’s lead architect at FBM, the century-old Halifax firm that won an open competition to design the new HCL. “They knew that a library today is not what libraries were when we were all younger—just a place for books.”

Turning this type of vague yet ambitious vision into a reality lies at the heart of what architects do. In the case of FBM and their partnering firm, Schmidt Hammer Lassen of Denmark, what they delivered surpassed every benchmark. Åsa Kachan, the HCL’s CEO and chief librarian, has witnessed the results of their achievement firsthand. “The architects of this project won the hearts of our community with their willingness to genuinely listen,” she says. “The translation of their ideas into the design exceeded everyone’s expectations.”

Suited to Its Site

The architects conceived many of the library’s external features—including its overall form, which resembles a stack of skewed glass boxes—as a response to the challenges posed by its surroundings. “We had a view plane coming down from Citadel Hill over part of the site,” Cotaras explains, “so we had to remain under that limiting height.” Elsewhere, the architects maximized more generous height allowances.

The rectangular forms were shaped by the movement of pedestrians around the building at ground level. “We wanted to add some physical interest to it,” Cotaras says, “so the ground floor and fourth floor are skewed from Queen Street and Spring Garden Road, but the second and third floors perfectly line up with them.”

Finally, the architects rotated the topmost floor perpendicular to the rest of the building, extending it in a dramatic cantilever that turns the building into a beacon and gives it instant landmark status. While it looks impressive, the gesture also links the library to the rest of the city. “One end is a visual connection to Citadel Hill, and the other is a visual connection to Halifax Harbour,” Cotaras explains, “so the library is integrated into our city and its history by offering vantage points to those two very significant parts of the landscape.”

There’s never been a library quite like the HCL before—simply because libraries today are so different than they were in the past—so the architects innovated a process to gather the community input that would inform their design. Forgoing town-hall meetings where a handful of voices can dominate, the design team set up dozens of focus groups with various stakeholders to find points of consensus—including groups, like small children, who are unlikely to speak up at a town hall. “These meetings might have been with First Nations peoples, or with African Nova Scotians,” Cotaras explains. “We met with teenagers. We met with veterans.”

As a result, the architects could honestly say they incorporated input from every segment of the local community in their design process—and this often shaped the way the interior spaces were allocated. “The top floor was initially going to house the executive boardroom and offices,” Cotaras explains. “When we showed that to the public, we got a strong reaction. They told us, ‘We want to go there! We never get to go there!’ And they were right.” As a result, the administrative spaces were moved down one floor, and the cantilevering top floor, with its expansive roof terrace and views of the city and harbour, was turned over to the Halifax Living Room, accessible to everyone.

“We questioned every point of the program that was given to us, to make sure it was what they needed, and that it would satisfy the public’s need, too,” Cotaras says. “One of the things they wanted was an auditorium for 300 people. We realized that if you build a black box, it’s going to sit empty half the time.” Instead, the architects integrated the auditorium into the library. “You can still close it off if you want to,” Cotaras explains, but the ability to open it up gives the space a multi-functionality that serves patrons all day long. “Yoga happens in there,” he says. “Screenings of videos, book readings, Definitely Not The Opera—Dalhousie and St. Mary’s hold classes in there.” The architects’ creative reimagining of Paul O’Regan Hall as an open forum allows it to serve a much bigger slice of the community, making it one of the library’s most successful spaces.

All this planning means nothing if no one comes—so it was with the usual concern that the architects anticipated opening day. Any anxiety they felt was immediately dispelled. “I remember being there as hundreds of people ran in after the ribbon was cut,” Cotaras recalls. “People were crying, people were cheering with joy, people were saying, ‘This is exactly what I wanted!’ It was unbelievable.”

In the months since the library’s 2014 opening, attendance has exceeded even the most optimistic projections by two and a half times, to roughly 6,000 visitors a day. Kachan, the head librarian, confirms the city’s love affair with the HCL isn’t ending anytime soon. “Every day, I’m moved by the attachment I observe between the public and the library,” she says. “It’s been referred to as the beating heart of Halifax. I still regularly hear people of all ages say in awe, ‘I can’t believe this is ours,’ and ‘This is my favourite place to be.’”

And, as Cotaras had hoped, Paul O’Regan Hall is a focal point of the library’s social life, hosting classes and lectures, music and dance recitals, and visitors simply looking for a place to meet. “The element of surprise and delight is alive and well in this library,” Kachan says. “The most heartwarming thing I see is people meeting people. Whether it’s sharing lunch, a cup of coffee, or even a passing smile, the library encourages the coming together of our community.”

From Near to Far

Buildings with this depth of impact don’t happen by accident. They demand the careful planning and creative thinking of experienced architects. “There were a lot of naysayers at the very beginning of this project,” says Cotaras, explaining that some people simply couldn’t see the need for a new building. “But people have now realized that the library is so much more than a place to borrow a book or a digital medium.”

The library’s success continues to ripple far beyond its four walls. “The architecture of the HCL reflects the changing face of Halifax,” says Mike Savage, the city’s mayor. “It shows that we can be a city steeped in rich history, but also a modern and culturally vibrant place. Just look at some of the buildings that have been planned or completed since the new library opened. Their bold new designs cozy up comfortably to the heritage character that has long defined us.”

Savage also credits the library for a spike in interest in Halifax from people across Canada. “People love the library; it has really instilled a sense of pride in our community and has won the hearts of residents and visitors alike,” he says. “It shows the impact the library is having—not only in our own city, but across the country. And what we hear most is that it is a beautiful, modern building with a unique architectural design both inside and out.” 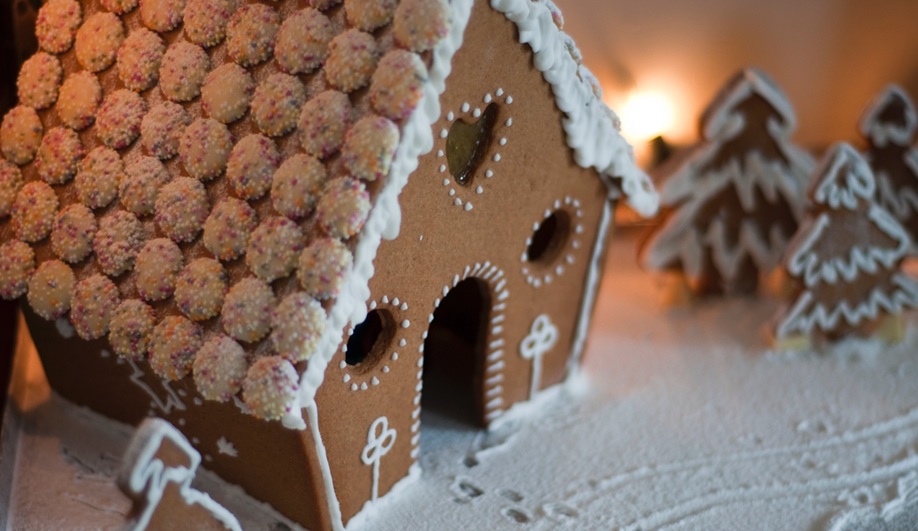 10 Architecture-Inspired Desserts From Around The World 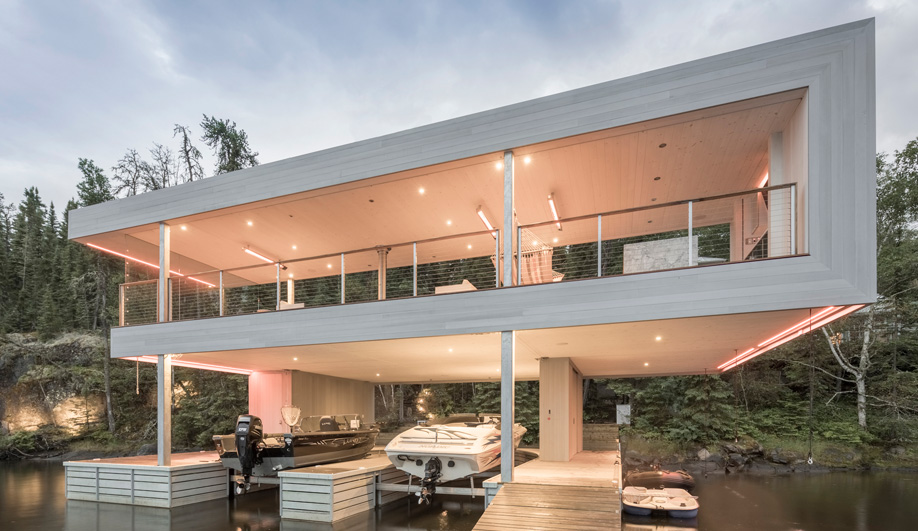 A Boathouse in Ontario Fosters Lakeside Fun for a Young Family 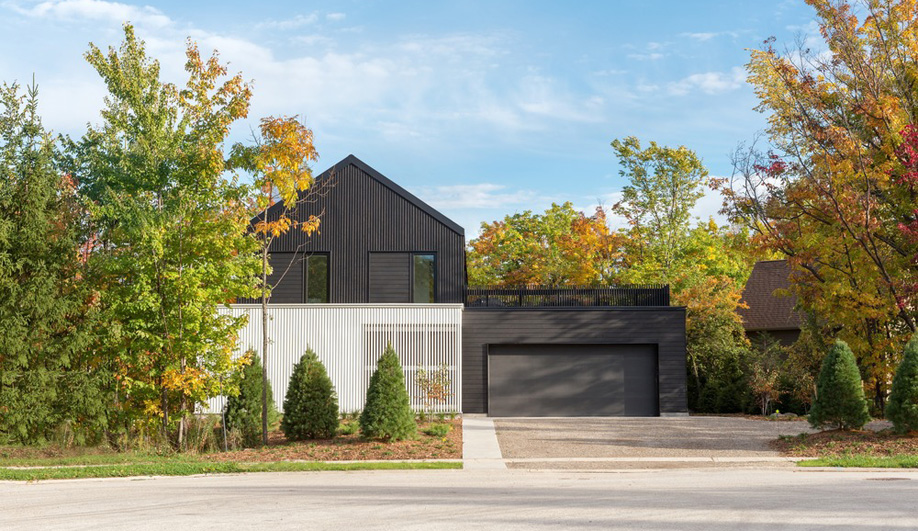